I try and time most of my book releases around the Halloween season because non-horror fans are more likely to seek out genre books that will put them in the spirit.  It's like they'll let down their illusion of normalcy long enough to blend in with the netherworld spirits as the veil thins, but around, say, Easter, they forget wearing those skimpy costumes, drunk and turned on by another skimpy costume, totally ignorant to the disembodied soul dosing the punch bowl with LSD and requesting that the DJ spins Iron Butterfly…loud.

Anyways, October is always busy, and missed days for the giveaway were inevitable.  There will be at least one prize for every day of this month, so help me moon and stars.

The kickstarter is live, and getting love.  Thanks to everyone who has pledged, and those about to.  Share the links and get the word out.  AFTER THE HAPPILY EVER AFTER is an amazing collection of tales, and we want to make sure that the storytellers are shown the love they deserve.
TRANSMUNDANE PRESS is curious what people have to say about the kickstarter and the project.  Tag your posts with #AHEA, and we'll be able to home on the conversation.  So far, we've had a lot of positive energy and help spreading the book.  It's exciting to think about all the lives involved—writers touched by fairy tales whose own stories will touch others.

I dare you to tell me you don't believe in magic. 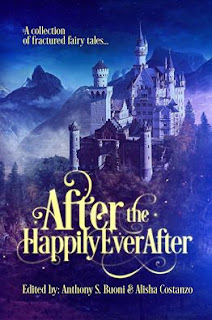 The book is huge.  We have collected over 70 stories from around the world.  Here is a snippet from BLOOD—NOT ROSE by Megan Ashley Fuentes:

“They were a force of destruction for this country—you know that as well as I do. They were sabotaging all that your father had worked so hard to achieve.”

“I know.” He sighs again, hobbling closer to me. Our marriage had been a forced one—the king’s dying wish was to see his lame, younger son married, and I had been an ideal candidate, being without ties except to my sister. Still, we got along fine. What does he think of me now, standing here, in his brother’s bedchamber, obviously guilty? Even after five years, I still cannot read his face.

Which brings me to our giveaway:

Congratulations, JONI SCOTT.  You won Stardust, the Legend of Sleepy Hollow, Distorted, and Critters.  Thanks for sharing the kickstarter campaign.

THE GIFT by Deb Stover (paperback): 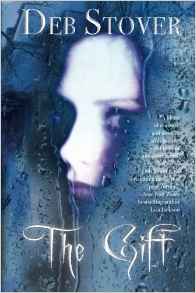 Beth Dearborn’s gift—the ability to sense any violent death that has occurred in a dwelling—has been more of a curse to her, causing an emotional breakdown that changed her life. The last thing she needs is an overwhelming attraction to a handsome widower whose insurance claim she is investigating, or the sense that his dead wife was murdered in her own home.

To win this paranormal romance novel, tell us if you think that ESP, telekinesis, and other abilities exist.  Have you ever had strange moments of synchronicity or outré senses?  Post answers in the comments of my blog or the contest.

All right.  That's it for today.  Tune in tomorrow for the winner of THE GIFT and another prize…or two.