GHOSTS OF CHRISTMAS (Stave One)


Get your copy of AFTER THE HAPPILY EVER AFTER, yet?

If not, click here to order your copy, available in paperback, e-book, and a Limited Edition Hard Cover restricted to 150 copies signed by both myself and Alisha Costanzo.

Over the summer, I wrote three fan fictions, a format that I seldom work in because the material is someone else's intellectual property.  I respect their copyrights and wouldn't want to step on any toes.  That being said, I cannot deny their influences on my work.  There are so many worlds I have played in, and these fan fictions are humble homages to some of the dreamers who have influenced me and my work, both in fiction and music.

I originally intended these stories to be giveaways for our AFTER THE HAPPILY EVER AFTER kickstarter stretch goals, but we didn't make the 5K we were shooting for.  I didn't want to bury the tales, they are far too personal to collect dust next to the monsters on my wall.  I love to celebrate holidays, and since the end of December hosts merriment for many cultures, what better time than now to open Pandora's Box and let the misshapen, woeful ghosts out.

This first story is based on characters from George A. Romero's 1978 zombie masterpiece DAWN OF THE DEAD. 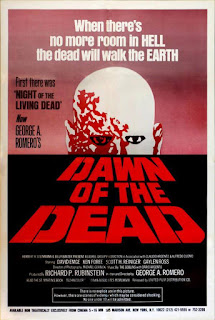 This film constantly reminds me of why it's important.  It sadistically points its decayed finger at society, mocking consumerism, material wealth, class warfare, religion, and how mass media influences viewers.  The film is so crucial to the way I view the world that a future essay is in order, maybe featured in a side project TRANSMUNDANE PRESS is secretly working on, code name CC, for all the eagle-eyes out there.

If you're not familiar with the flicker, take time to watch.  You'll still understand the story without a screening, but the emotional impact might be muted.  If you do know and love this movie, I hope I've added a worthy page to the film's events.

This is a love letter to Mr. Romero and his wonderful zombie films, especially the new, misunderstood ones. 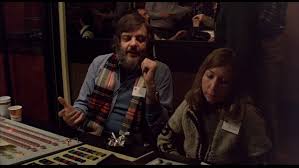 Thank you, sir.  Your voice has changed my life. 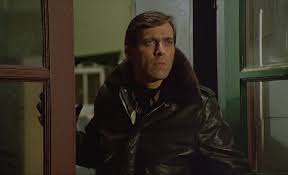 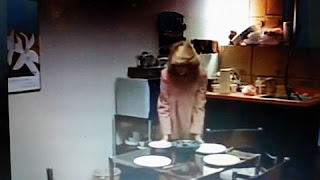 Fran rested plates in front of Stephen and Peter before taking a spot at the table and taking a sip of chardonnay from a crystal wineglass.  Stephen raised a bourbon filled tumbler and toasted Peter and Fran.
"This looks wonderful," Stephen said as he cut into a rare filet.  Before taking over the mall, strip steaks were a celebratory treat.  Thanks to the Brown Derby on the second floor, they ate them several times a week.  Fran's versatile cooking skills kept their meals interesting, but, honestly, steak wasn't special anymore.  Not wanting a fight, Stephen kept silent and poked at his vegetables, hating how normal his isolation among the trio had become.
"Woman, you do amazing things with macaroni," Peter said.  "Grandma would have called it sinful."
Fran giggled, covering her mouth.
"We still have a lot of meat," she said, "but the frozen veggies are wearing thin."
Stephen swallowed a mouthful of sautéed squash.  "Time to start a garden.  There's plenty of potting soil and seeds in the department store.  Peter and I can build plots on the promenades upstairs."
"I'm game for a new project."  Peter sipped his bourbon.  "Been feeling lazy the past few days.  Something like this might just wake me up."
Stephen nodded.
The music stopped, and he rose to switch albums on the record player.  Flipping through the LPs, nothing struck his fancy.  He tired of the usual songs, the soundtrack to the end of the world.  In the days before the radio transmissions ceased, frantic voices offering no solutions or hope had replaced music.  The final messages ended without proper conclusion or fanfare.  They were debating if the reanimated bodies were cannibalistic or not when it all stopped, as if they never existed in the first place.
Maybe the world before was nothing more than a dream.
"I'm going to grab some more records," Stephen said.
"Your dinner will get cold," Fran said.
"It's fine.  I'll heat it up in the microwave."
Fran's glare betrayed her silence.  Stephen couldn't look at her as he took off into the mall. 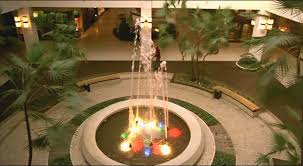 The fountain in the heart of the mall churned but did not calm his emptiness.  The elevator clock rang eight-thirty, its echoing chimes cut through the whimsical piped music broadcasting within the deserted shopping center.
Stephen sat on a bench across from Roger's final resting place, sipping twelve-year-old scotch from a silver flask.  The liquor burned his throat, but at least it let him feel something.
"You had no choice, didn't you?" he asked the grave.  "You fought it and still returned as one of them."
He glanced over at the record store wedged between the gun shop and arcade, but he'd lost the will to search through their extensive collection.  Besides, it would all still be there the following morning.
And the morning after that…
He took another swill.
Maybe he could invite Fran to a few laps at the rink.  Even this far into the pregnancy, she loved skating and glided over the ice.  He, on the other hand, skidded on the blades like one of the awkward corpses outside, falling on his ass while she elegantly circled.  No matter how often they went, he couldn't catch the hang of it.  Never mocking, she'd offer a mitten and help him up.  He loathed the embarrassment but loved her company.  The last time they were on the ice, they shot up mannequins with weapons and ammunition from the gun shop.  His aim had improved, but target practice wasn't as fun as skating.
Nothing was.
They hadn't gone the past few weeks.  Really, they hadn't done much of anything together.  They shared a bed, but he woke up and fell asleep alone.
How can you be so close to someone and yet so far?
He splashed scotch over Roger's grave and drank.
"I love her, man.  But I'm losing her."  Tears welled, and he brushed them away.  "I wish you could tell me what I should do, offer some of your shitty advice.  You always had the answers.  I would have never taken the chopper if you hadn't insisted, and now we have everything."
Except for what we need.
"Attention, shoppers," the canned female voice announced over the music.  "Are our deals getting you hot?  Cool off with a double helping of pistachio gelato at Scoops, Monroeville Mall's premier confectioner and ice cream parlor."
Peter was right.
There is no more room in Hell. 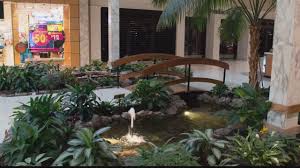 Buzzing from the liquor, Stephen returned to their apartment after ten and found Peter washing dishes, his large stature dwarfing the kitchen area they had constructed while transforming the office into a living room.
"You get us some new tunes, flyboy?"
"Sorry," said Stephen.  "I got sidetracked and spent some time with Roger."
Peter's attention never left the sink.
"I miss him, too, man.  Why don't we get that garden started early tomorrow?"
Stephen smiled.
He'd met Peter after he and Fran stole the helicopter from WGON and flew to a police dock on the Delaware River in order to rendezvous with Roger.  A group of cops also running had killed everyone at the dock and were loading up a skiff to head upriver in search of a deserted island.  They would have killed the couple, too, but Roger, in uniform, arrived with Peter and evened the odds.
At first, Stephen didn't know what to make of the newcomer and worried about how the extra weight would affect their fuel.  Fran took to him almost instantly.  At a refueling station past Johnstown, Stephen and Peter butted heads after Stephen nearly shot him while aiming at a decaying redneck.  A simple mistake, but the friction lingered until the group started taking over the mall.  Now Stephen considered Peter one of his best friends.  The two had even robbed the mall's bank together—not that anyone else cared.
Stephen poured bourbon into a tumbler and sat at the dinner table.  Peter, drying his hands, joined him and followed suit.  They clinked glasses.
"She's almost due," Peter said.
"Can you handle it?"
"I know what to do.  Doesn't mean I've ever done the procedure before."
"Will she live through it?"
Peter took a long pull from his glass.  "I don't know, flyboy."
Imagining a life without Fran was impossible.  The chopper, the apartment, the entire fucking mall—everything he'd worked for and accomplished had been for her.  She gave his world meaning, and their current rocky situation frightened him more than the hungry mobs surrounding their citadel.
If she died during childbirth—Christ, the thought—how long would they have before she attacked them?
Would he even be able to raise a baby alone?
"Don't think about it too much," Peter said.  "We still have time.  We'll deal when it happens."
"Yeah.  Sure."
After drinks, Stephen stopped in the doorway of the room he shared with Fran.  Wrapped up in a blue comforter, Fran's chest rose and fell with her soft snoring.  An ashtray and Baby and Child Care, a softcover from the bookstore beside the bank, rested on his side of the bed.  He moved them to the nightstand and dimmed the lamp, kissing her forehead before he returned to the living room.
Peter, sitting in front of the shortwave radio, cleaned a revolver.
"How long has it been since you've checked?" Stephen asked, motioning to the television.
"Man, you know nothing's coming on that thing."
Stephen flipped the power button, and the screen brightened with salt and pepper anarchy.
Dead air.
Temples throbbing from the alcohol wearing off, he sat on the comfortable red sofa and watched the static.
"Get some rest, flyboy.  We got a lot of work tomorrow."
"Yeah…the garden."
Stretching out, his eyes closed.  A few hours till dawn.
Tomorrow I'll talk to Fran, make things right.
Things have to be better than today.
The shortwave radio crackled. 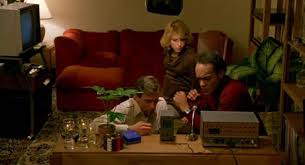 Thanks for reading, lovers.  I do not any of the images or characters from the film and mean no disrespect to whoever does.  This story is meant for entertainment purposes only and is dedicated to Mr. George A. Romero and the cast of DAWN OF THE DEAD, especially Mr. David Emge.

Remember, this story is just the first of three ghosts who will visit you this Christmas.  Do you dare stay awake and be haunted?

Want to read more zombie fiction that I wrote?  CLICK HERE to check out my current novel-in-progress, BROTHERS IN SOLITUDE.
Posted by Unknown at 7:10 PM